SEC complaint filed over Nevada mine that could threaten rare plant 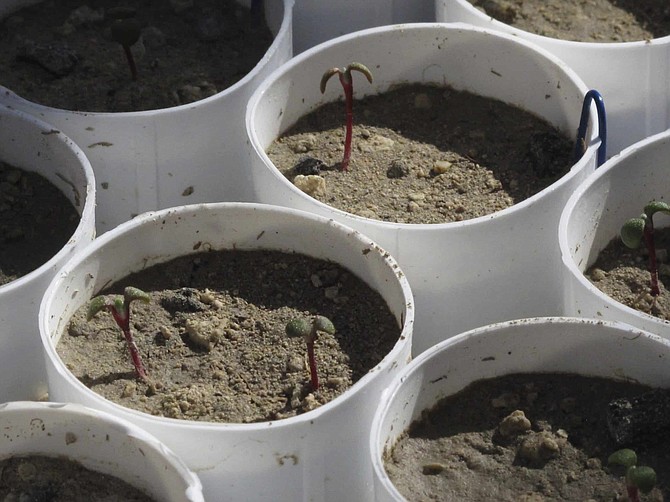 FILE - In this Feb. 10, 2020, file photo, tiny stems of Tiehm&#039;s buckwheat are pictured growing in a greenhouse at the University of Nevada, Reno in Reno, Nev. Conservationists have filed a complaint with the Securities Exchange Commission accusing an Australian company of misleading investors about how soon it might start building a lithium mine in Nevada. The mine worth potentially $1 billion is at the center of a fight over Tiehm&#039;s buckwheat, a rare desert wildflower.