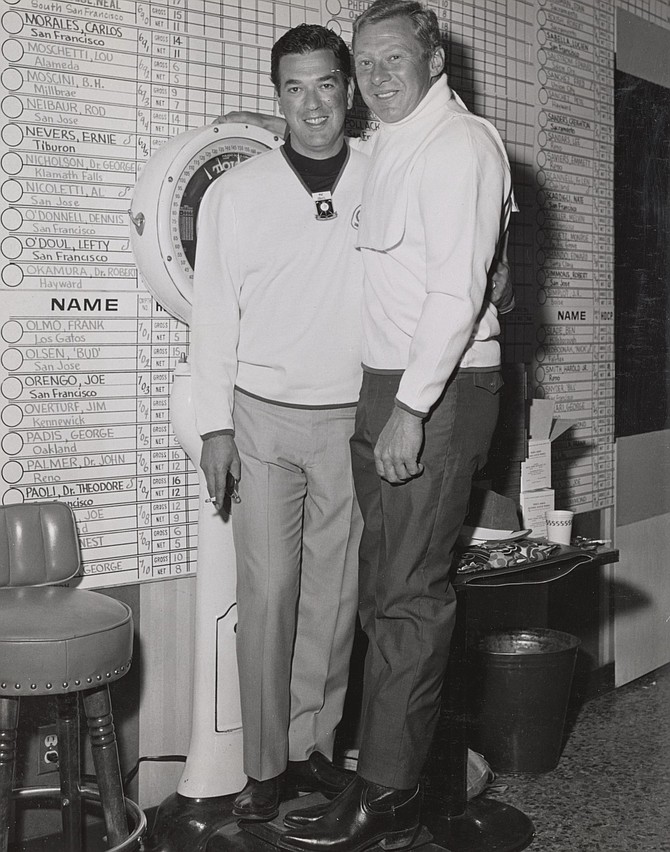 Mal Alberts and Jackie Jensen wearing white sweaters and standing in front of the wall with the list of players participating in the Nugget Golf Classic in 1967.