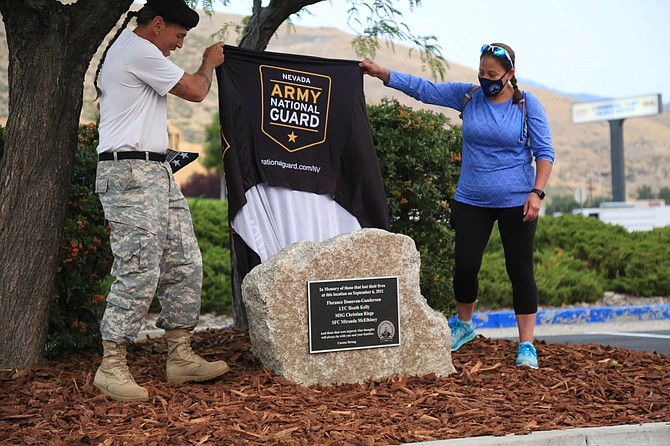 Retired Nevada Guard Maj. Kenneth Curtzwiler and Lt. Col. Laura Boldry pull off the cover of the plaque honoring the victims of the 2011 IHOP shooting. The plaque sits in the parking lot of Chase Bank, on the site that was formerly the IHOP.