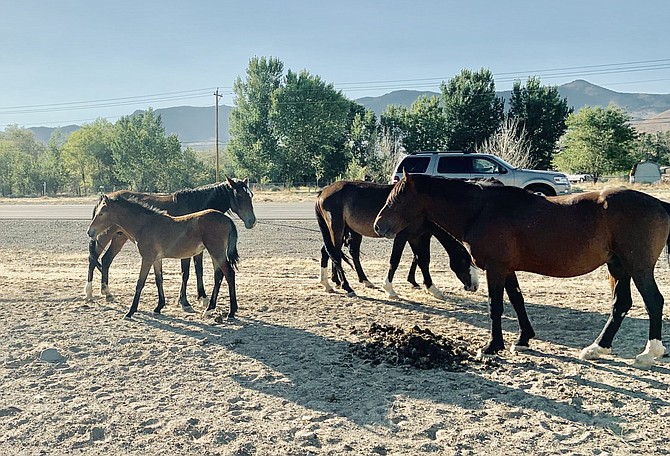 Motorists are urged to use caution along U.S. 50 between Silver Springs and the Carson City area because of the number of wild horses roaming.