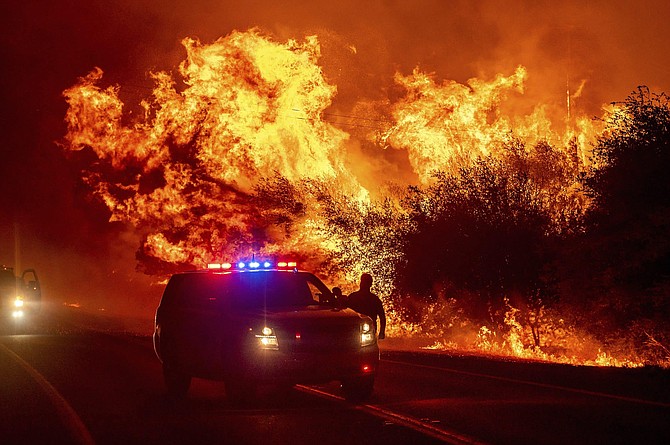 Flames lick above vehicles on Highway 162 as the Bear Fire burns in Oroville, Calif., on Wednesday, Sept. 9, 2020. The blaze, part of the lightning-sparked North Complex, expanded at a critical rate of spread as winds buffeted the region.