‘Blessed to be here’ 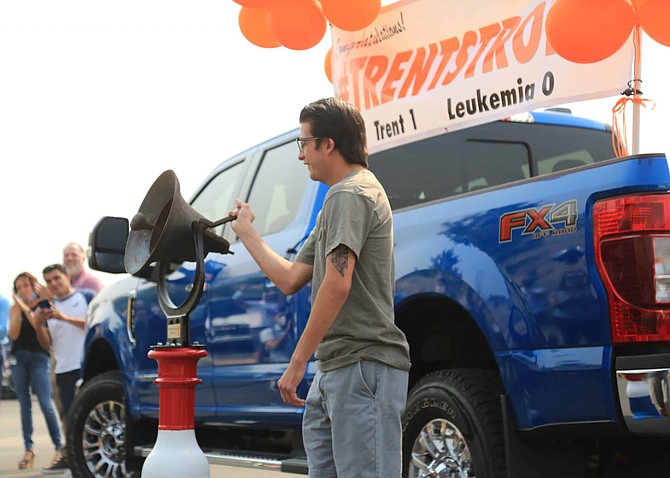 Trent Almeida rings the bell signifying he is cancer free after a three-and-a-half year battle with leukemia.