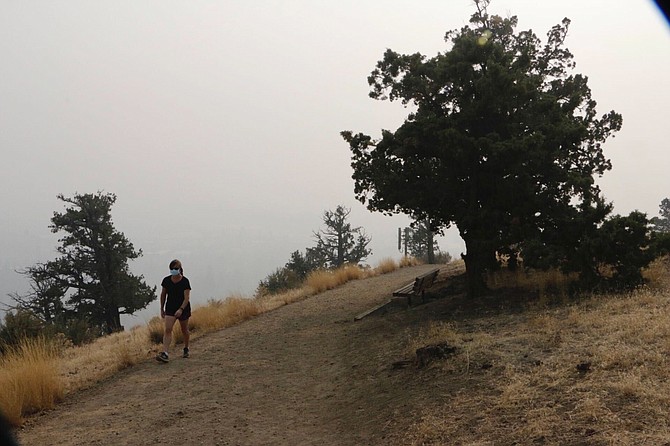 A woman walks up a trail on Pilot Butte, a lava dome overlooking the city of Bend, Ore., Tuesday, Sept. 15, 2020. Wildfires have created hazardous air quality in Bend and other cities across the U.S. West. (AP Photo/Rachel La Corte)