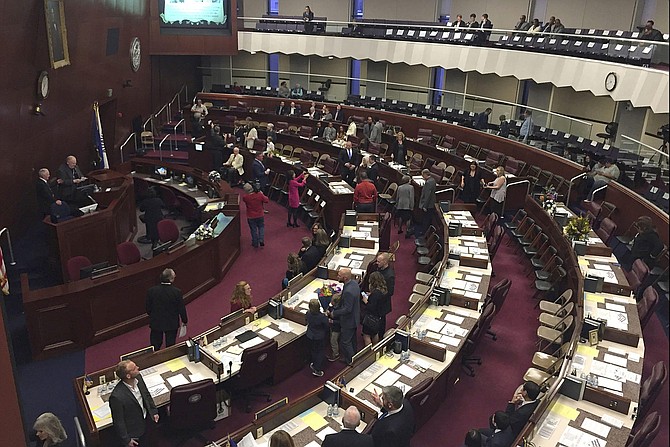 FILE - In this Feb. 4, 2019, file photo, assembly members gather before the Nevada State Assembly in Carson City, Nev. Nevada Democrats promised Tuesday, Sept. 22, 2020, to appeal a state judge&#039;s ruling in a lawsuit by Republicans on a question crucial to the beleaguered state budget, whether lawmakers in 2019 improperly approved two funding measures without a constitutionally required two-thirds majority vote.