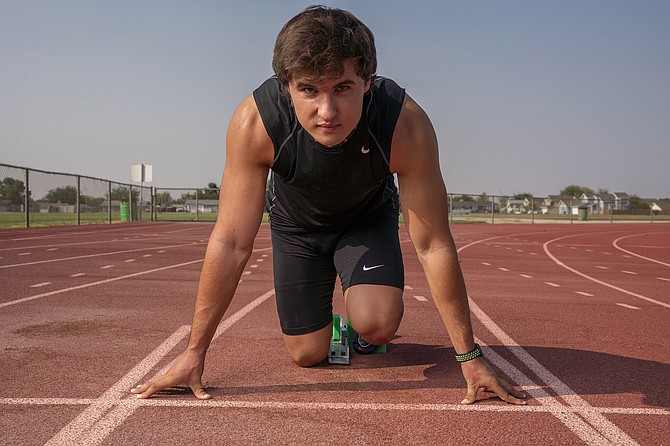 Colton Peterson, who was on the record-breaking relay teams in 2018 and won a state title in 2019, is training to qualify for next summer&#039;s Olympics.