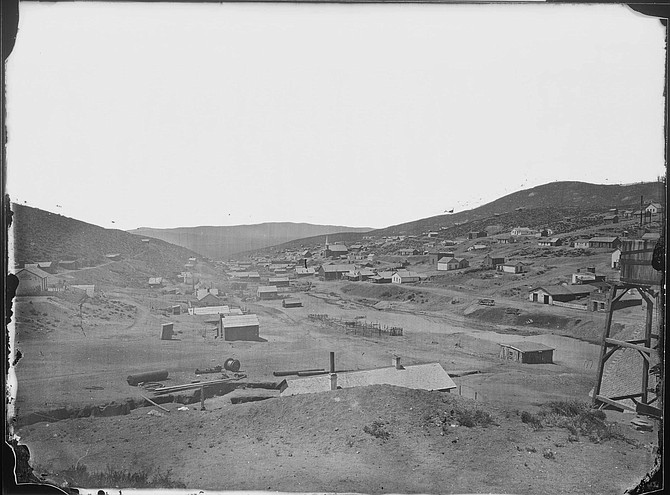 Image of the mining town of Austin as it appeared in 1868, about five years before Fred Hart began working at the Reese River Reveille newspaper.