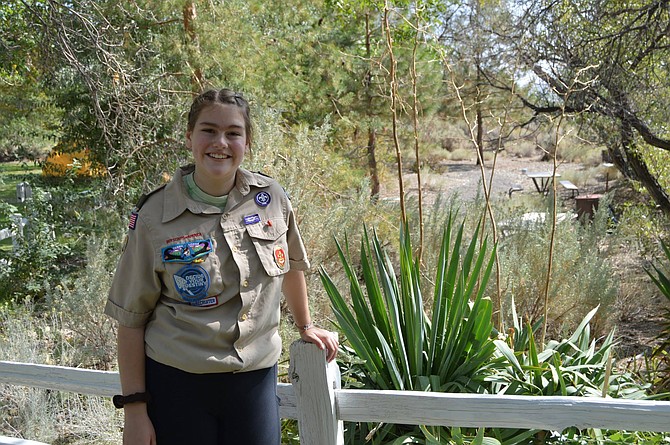 Suzanna Stankute, 14, completed her Eagle Scout project at Dayton State Park last week. She is one of the first girls to earn that rank since the BSA changed its policy in 2019, allowing girls into the program.