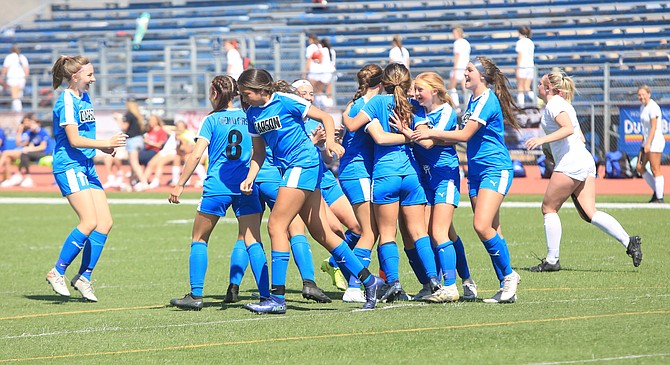 The Carson High girls' soccer team celebrates around Alyssa Tomita, who scored the game-winning goal for the Senators in the 74th minute against Reno Saturday. Photo by Carter Eckl.