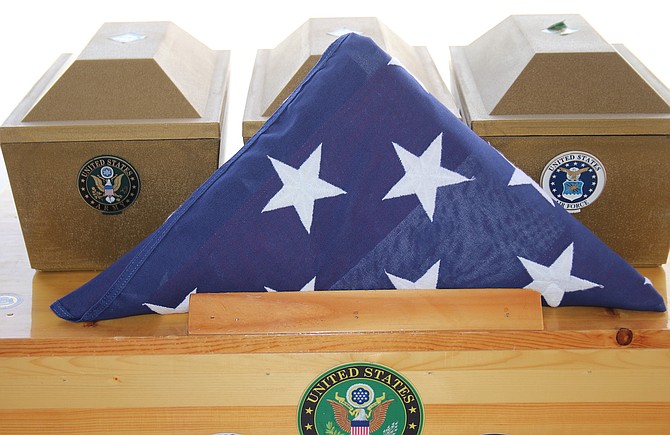 Steve Ranson/LVN, file Military services were conducted for veterans whose remains were unaccompanied in February and March for internment at the Northern Nevada Veterans Memorial Cemetery in Fernley.