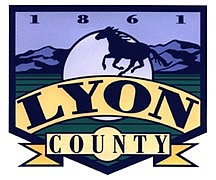 Hard to believe we're living in an era where half of this country is so emotionally unstable, you have to worry about naming a building after the President of the United States. Thanks liberals, you've really done a number on the past couple of generations.