Owner of Las Vegas Aces connects franchise's past to present 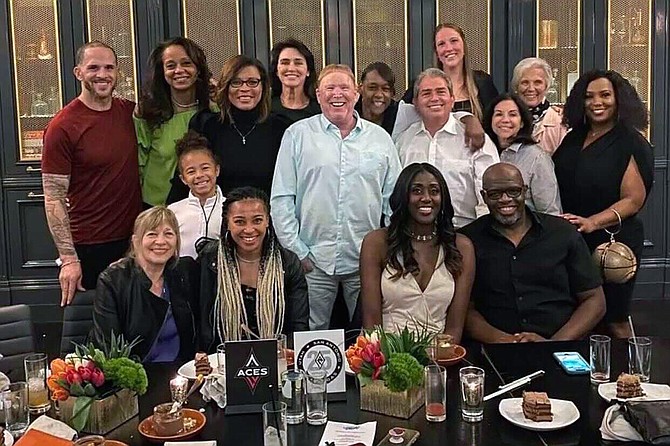 This photo provided by Sylvia Crawley Spann, shows former WNBA player Sylvia Crawley Spann and her husband Brian, seated bottom right, celebrating their wedding with Las Vegas Aces WNBA basketball team owner Mark Davis, standing at center, and other former members of the franchise and their guests at a restaurant in Las Vegas on May 29.