Carson City to have unhealthy air all week 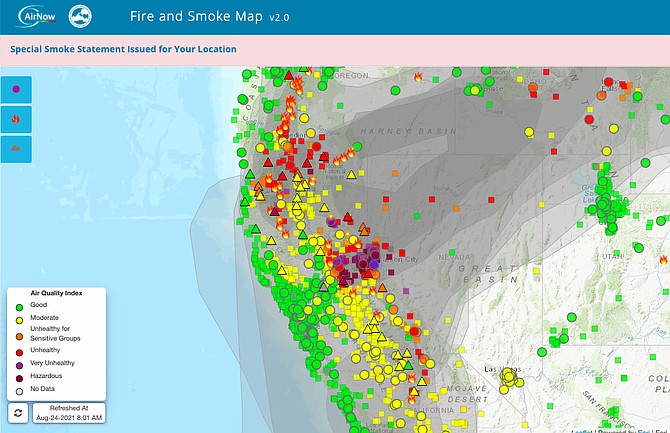 The Caldor Fire burning southwest of Carson City is fueling widespread haze and smoke in northwestern Nevada. The National Weather Service has no reliable estimate for when air quality will return to a healthy range.