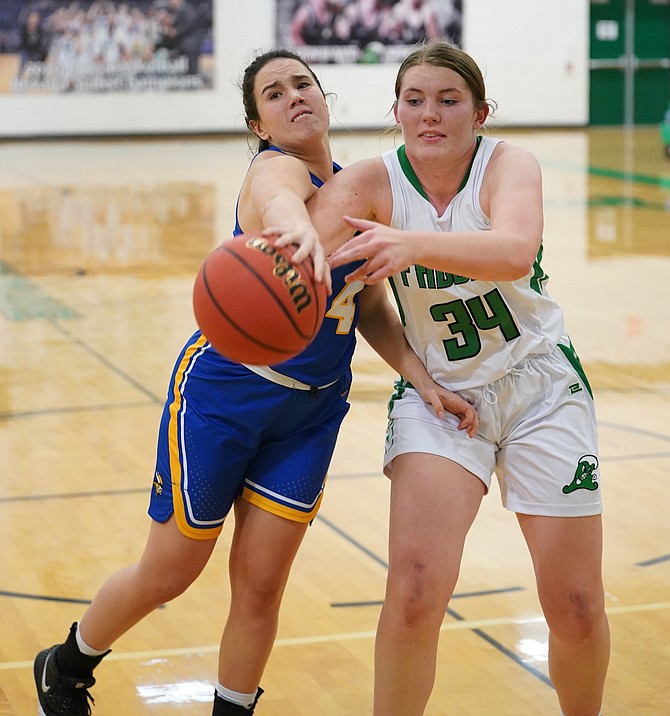 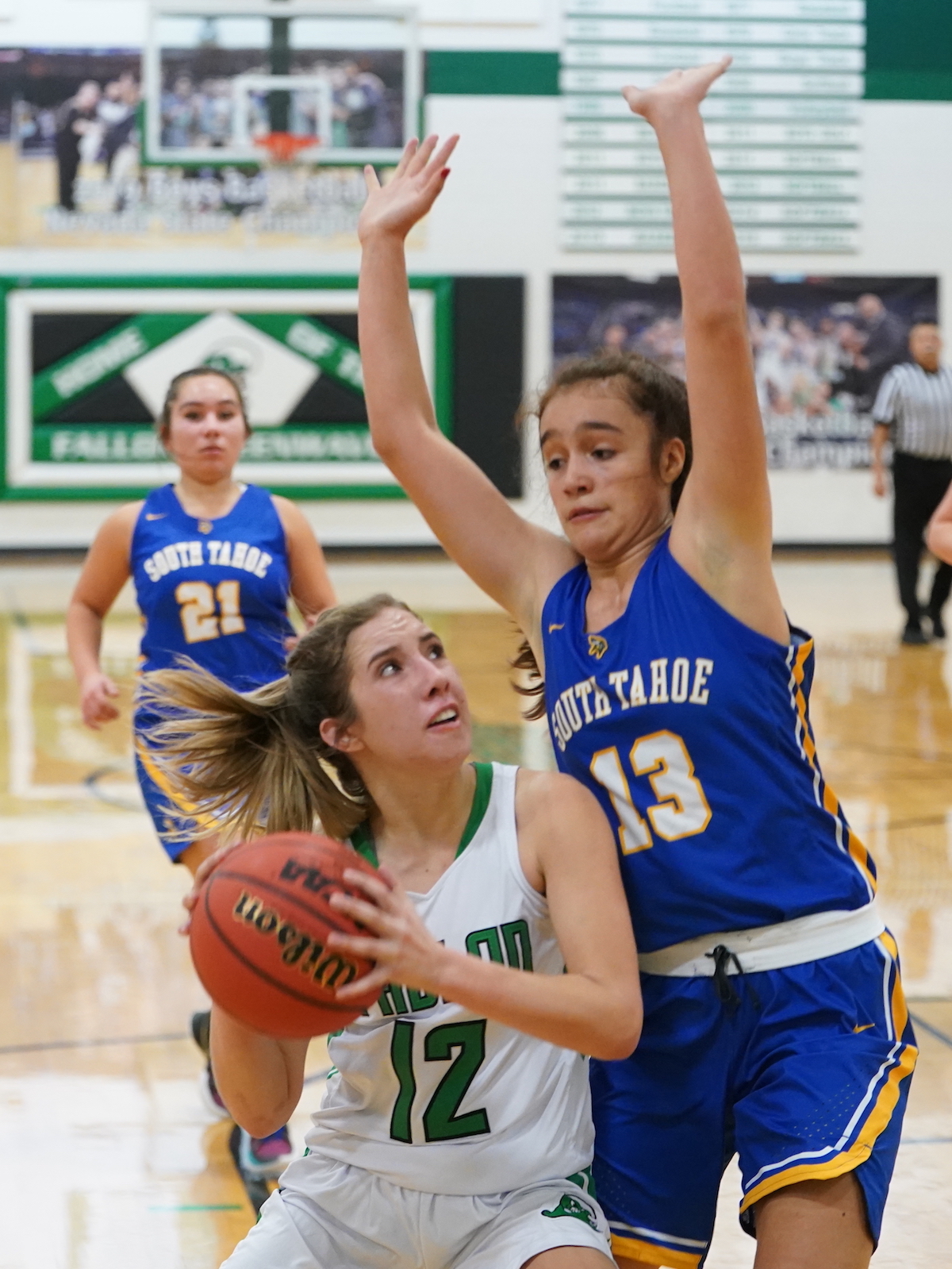 “Both Lily and Trinity played better on the boards and they started to play more inside,” said Fallon coach Kevin Wickware. “They played much stronger.”
In addition to her work on defense, Helton scored 12 points.
Fallon, which struggled for three quarters as did South Tahoe, outscored the Lady Vikings 21-9. Cassie Edgmon, who led all scorers with 16 points, had six points in the final quarter as did Helton. Bettencourt added 5 points.
South Tahoe’s Ivy Gonzalez scored 5 of her game-high 15 points in the fourth quarter, and teammate Alexi Haven dropped in 4 of her 8 points.
Ahead 23-22 at the beginning of the fourth quarter, Fallon pulled away on a 21-0 tidal wave before the Vikings scored their final points. With point guard Zoey Jarrett serving as the floor general, she depended on Bettencourt, who held ground under the basket, while Helton pounded the baseline.
“We calmed down and we saw more of what was going on,” said Wickware. “We made adjustments in the second half.”
Fallon struck first in the opening quarter when Garrett connected on a layup. After that, both teams’ rustiness showed in handling the ball. South Tahoe committed 13 turnovers, and Fallon had nine. The Vikings tied the game with 34 seconds left in the quarter on a right-side baseline bucket from Kiva Davis. With time running out in the first round … Bettencourt took a 10-foot open shot to give the Wave a small lead.
Fallon pulled away in the second quarter, leading 10-2 courtesy of Edgmon’s 6 points. Edgmon converted 1 of 2 free throws before she drained her own trey and followed it up with a hook shot.
South Tahoe scored with 4:10 left in the first half on Haven’s basket from inside the top of the key.
Both teams traded baskets until halftime, capped by two free throws from Gonzalez.
South Tahoe made several short runs in the third quarter. Fallon built an 18-12 lead, but the Vikings’ roared back on Gonzalez’s 3-pointer. With 2:33 left in the quarter, the Vikings trailed 21-20 after Ava Wolfe’s long 3-pointer to give her 5 points in the game.
Fallon and South Tahoe traded baskets again, but with seconds remaining,­ Haven swiped the ball and raced for a layup to cut the Wave’s lead to 23-22.