Broadband access remains an issue in remote parts of Nevada 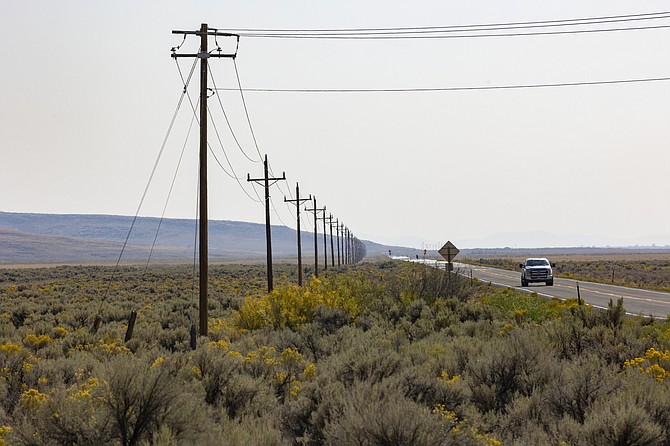 The only power line into the Duck Valley Indian Reservation is pictured along Highway 51 near the Idaho/Nevada border on Sept. 8, 2021. (Kyle Green/NPR, via AP)