80 years later: War in the Pacific 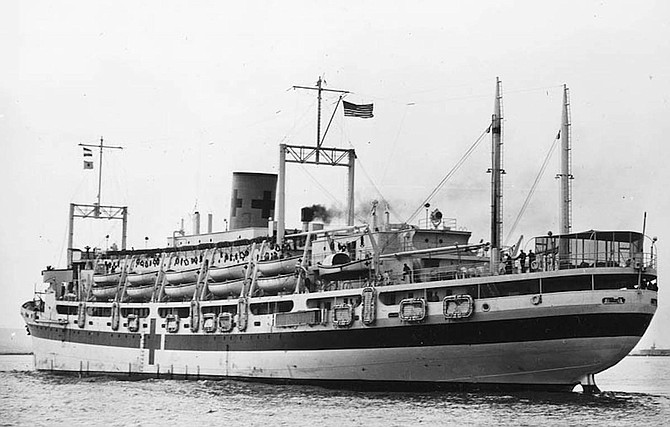 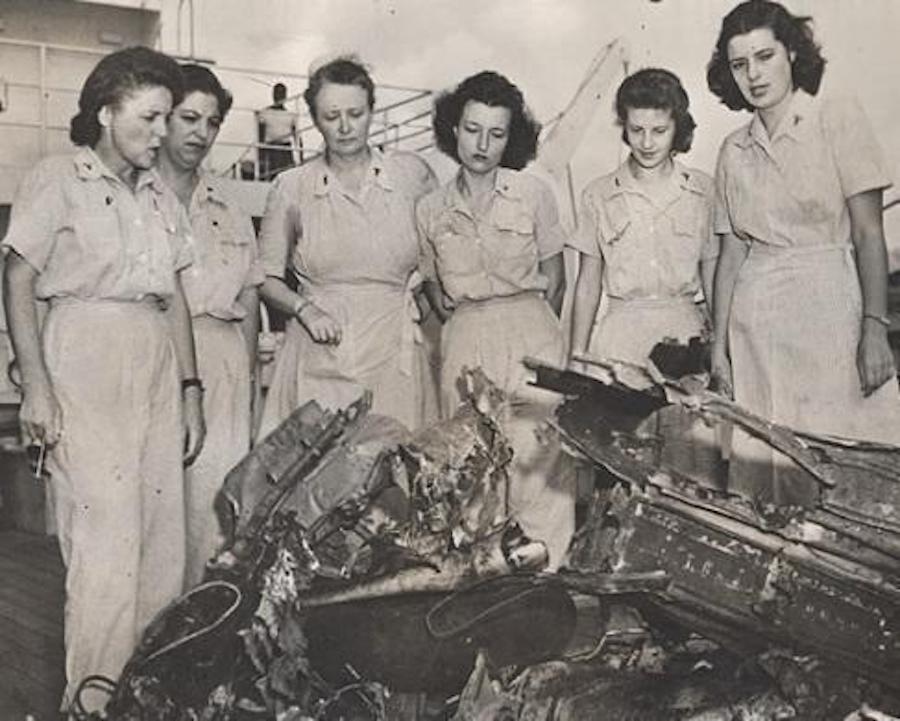 Courtesy Dorishoward.vet
While in Guam, nurses from the USS Comfort inspect engine wreckage from a kamikaze plane. From left, Mary Carpenter, two nurses who came onboard after the attack, Frances Lajavic, Doris Gardner and Mary Rodden. 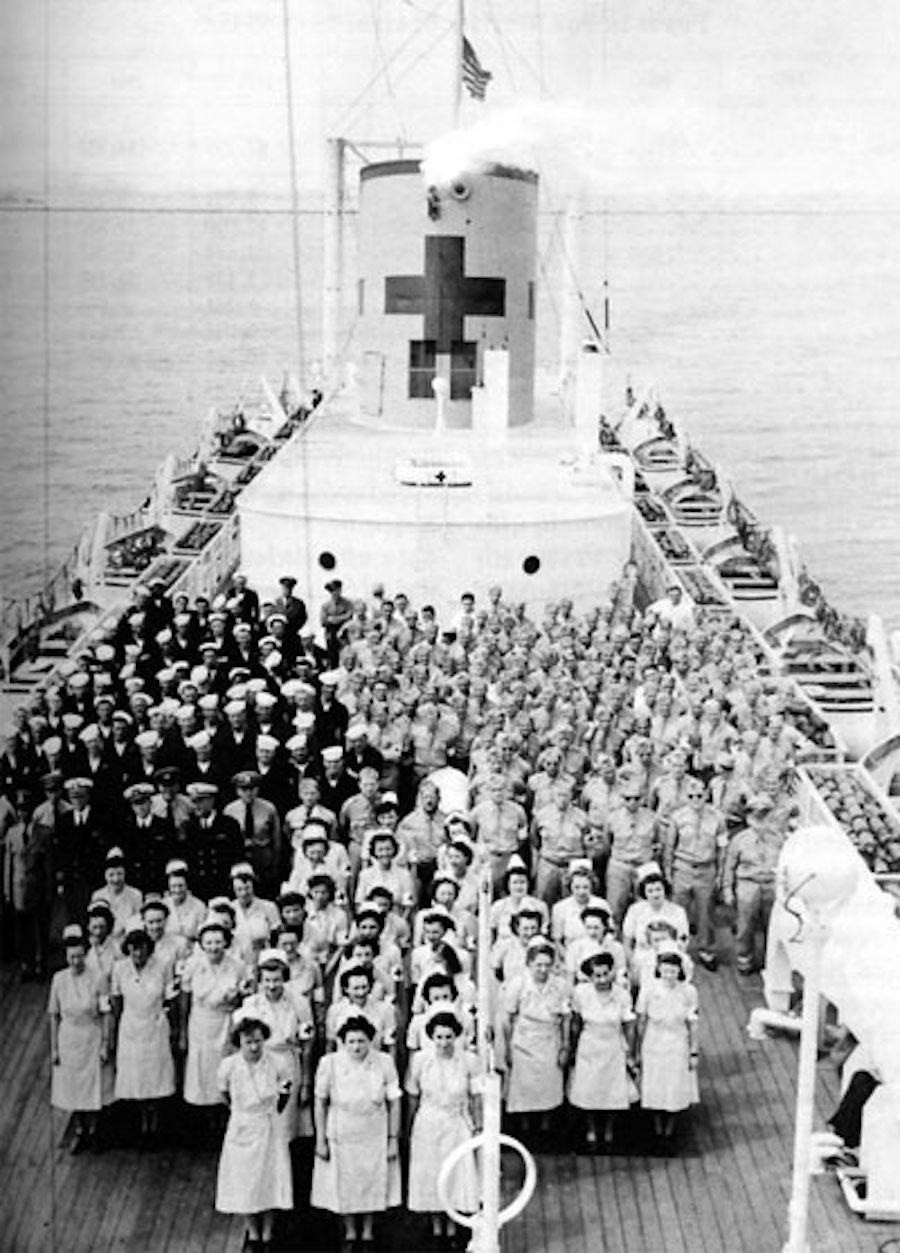 Courtesy Dorishoward.vet
The maiden voyage of the hospital ship USS Comfort with its Navy crew and Army Nurse Corps, 1944. Doris Howard is in the first row of nine nurses, far right. 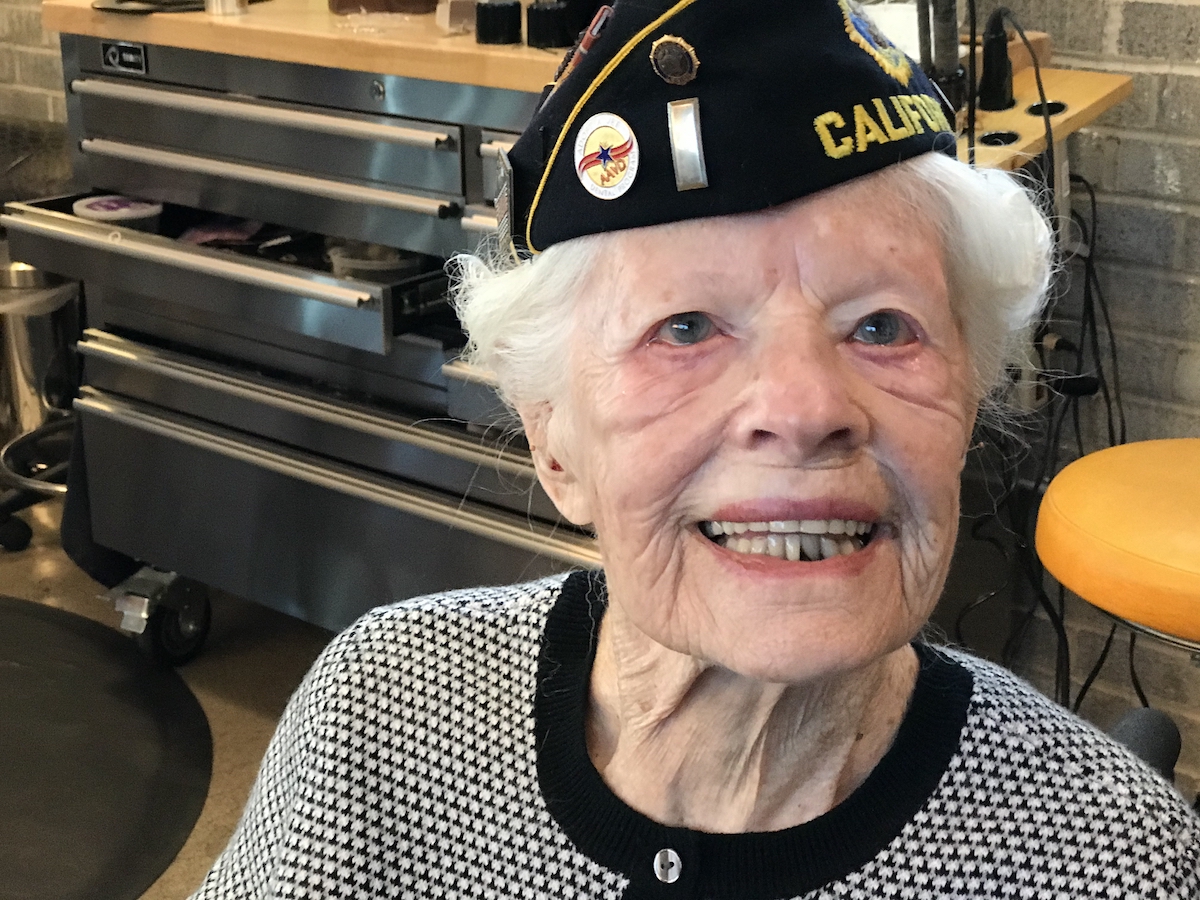 ••••
THROUGH THEIR EYES
“Through Our Eyes: The Women Veterans Experience,” an exhibit, featuring portraits and stories of 16 veterans, will be on display through December in the Nevada State Museum’s concourse in Carson City.
“Through Our Eyes” debuted in 2018 as part of the Reno is Artown festival; it’s a collaboration with the U.S. Department of Veterans Affairs “My Life, My Story” program, in which VA staff and volunteers conduct interviews with veteran patients and write short narratives of their lives.
The women interviewed for the exhibit were in the VA Sierra Nevada Health Care System. Since its creation, the exhibit has been displayed at the Nevada Legislature, the National Judicial College on the University of Nevada, Reno campus and other locations around the state.