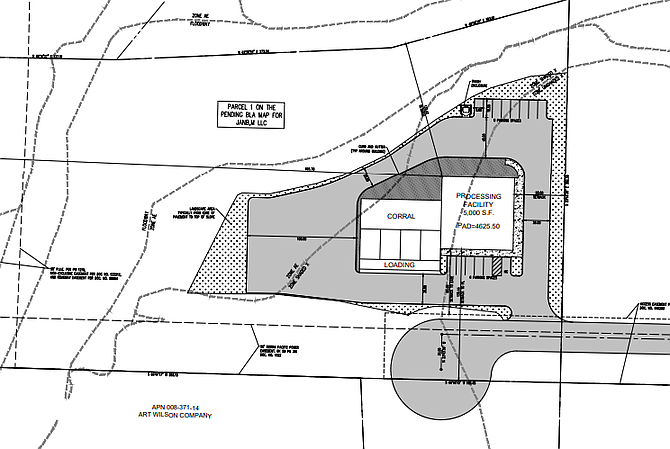 Carson Valley Meats has previously pointed out during public meetings and a community forum that its animal processing facility will be set back from the highway and use visual barriers, like trees, to obscure the view.