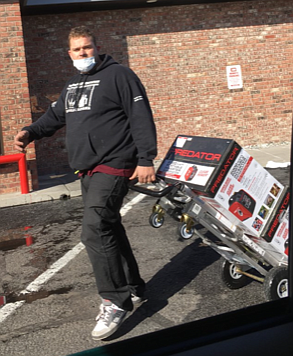 Suspect in a burglary at Harbor Freight in Carson City. CCSO