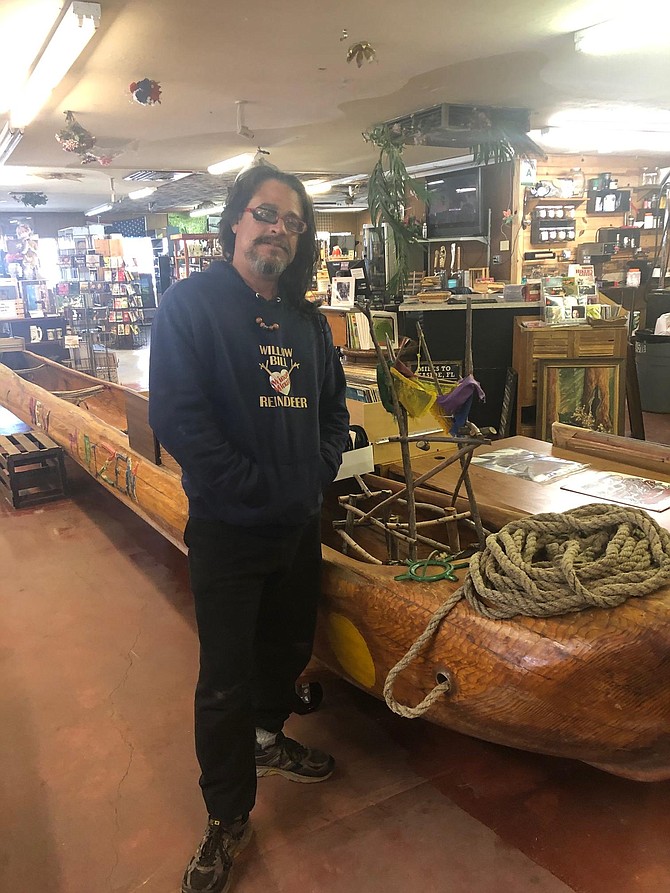 Willow Bill's canoe, New MediZen, will be on display through October at A to Zen in Carson City.