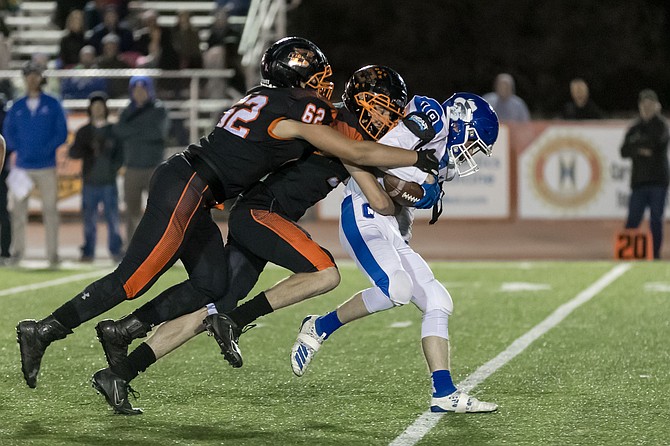 Douglas High's Christian Janota makes a tackle during a contest against Carson High in his junior season. Janota signed his Letter of Intent to continue playing football at the University of Mary (ND) last week.