The story behind SAR Mountain 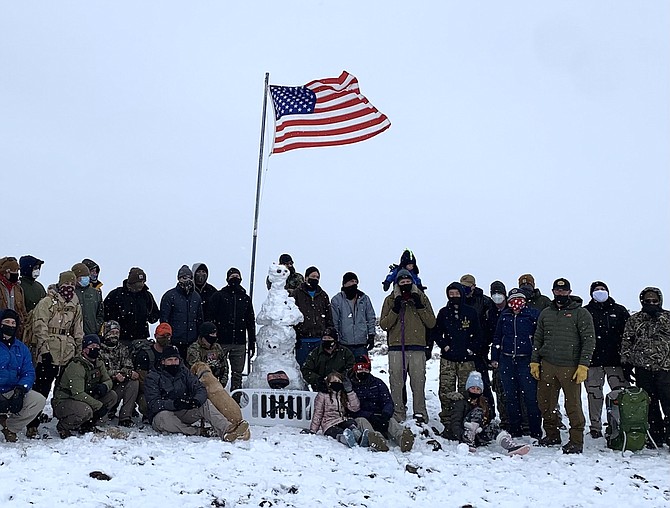 Chief petty officer selectees and their mentors bundle up on SAR (Search and Rescue) Mountain on Dec. 7 to swap out the U.S. flag and place a memorial rock. Courtesy of Jeffrey Roscoe