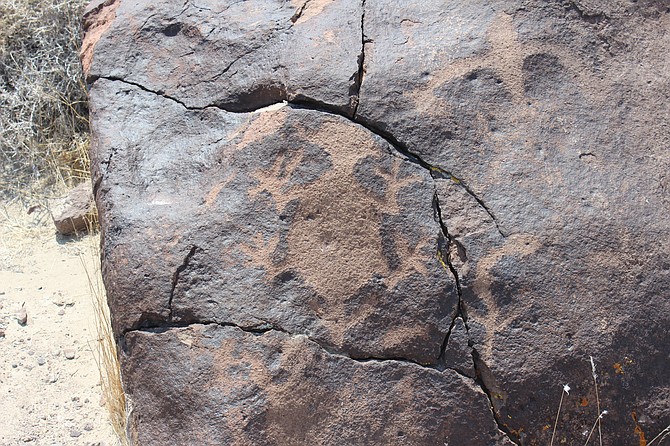 This image of a lizard is one of the petroglyphs found at Grimes Point, an archaeological site located just east of Fallon.