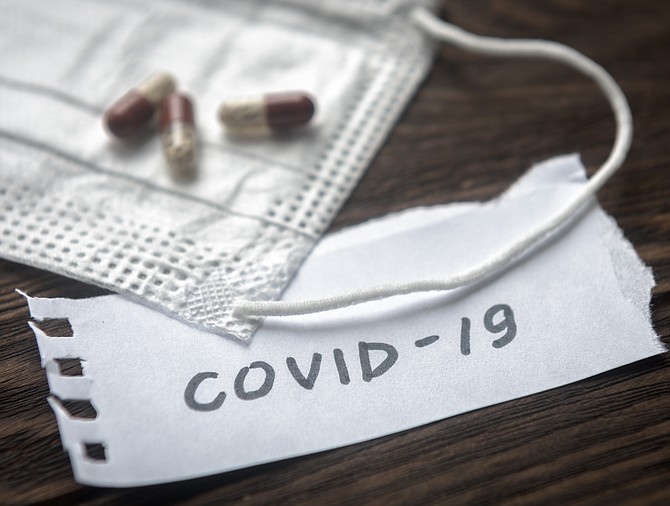 In addition, Candice McDaniel, who is managing the vaccination program at the state, says as of Thursday, more than a half-million Nevadans had received at least one dose of vaccine — 518,135 in all.

Task Force Director Caleb Cage said the 14-day rolling average of new cases is now down to 410 and the positivity rate is 10.7 percent. He said that rate is the lowest it has been since the first week of November.

For the first time in months, fewer than half of Nevada’s counties are flagged for increased risk of transmitting the virus.

The eight counties still flagged are Clark, Douglas, Elko, Esmeralda, Mineral, Nye, Pershing and Washoe. But some of those counties, such as Esmeralda and Pershing, are so small that just a few new cases can push them into territory where they are flagged for risk of transmission so they go on and off the list frequently.

McDaniel said the state is doing an excellent job of actually putting the available doses of vaccine into people’s arms. She said the problem is getting enough doses — especially with the delays caused by the winter storms that are still sweeping across the south where the Moderna vaccines come from.

The positivity rates have dropped dramatically in some areas including Carson City and Churchill County, which reported 5.8 percent and 5.9 percent respectively this past week. Douglas is now at 6.7 percent and Lyon County at 6.6 percent.

For the first time in months, Washoe County is below the 8 percent rate that lifts the risk of transmission flag there, albeit only by a tenth of a percent.

At the same time, McDaniel said the Centers for Disease Control have now issued updated guidance for people returning to work after testing positive for the virus. Individuals with symptoms can discontinue isolation if at least 10 days have passed since symptoms first appeared and at least 24 hours since an fever has passed with other symptoms improving. Those rules, the guidance said, apply to mild/moderate illness, not to serious cases that may require isolation up to 20 days.

The CDC does not recommend employers require a negative test for workers to return. Experts say recovered patients can still have virus detected in their upper respiratory tract up to 12 weeks after infection.