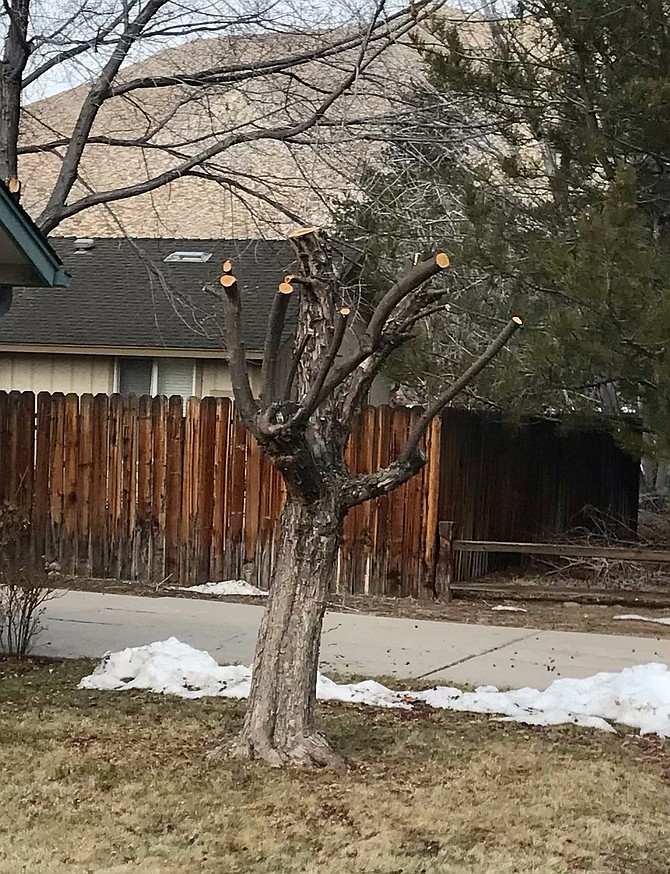 Trees shouldn’t be topped or pruned like this because it removes too much of the crown to adequately photosynthesize (produce food) for the roots, leaves and rest of the tree.