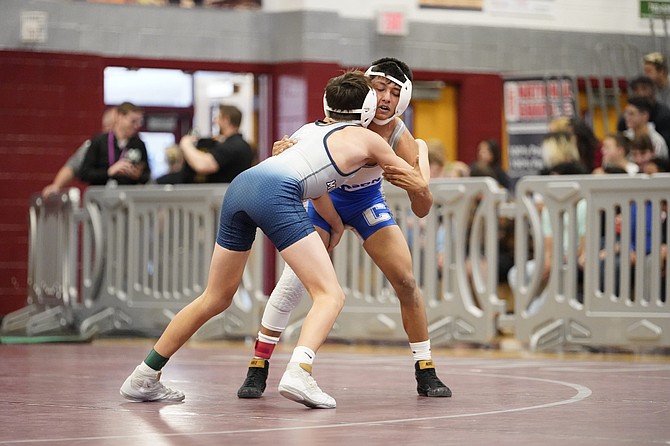 Carson High’s Ariel Vega wrestles at Cimarron-Memorial High School last February during the 2020 NIAA Class 4A State Wrestling Tournament. Vega, along with six other Senator wrestling teammates, won’t get a senior season due to the ongoing pandemic. File photo