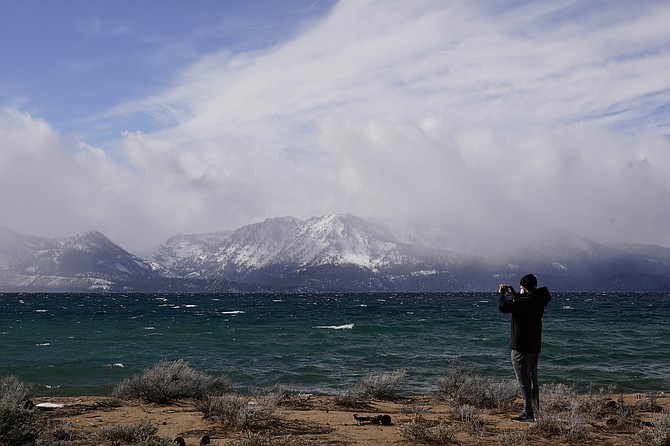 Rich Pedroncelli/AP A person takes in the view of Lake Tahoe along the shore of the Edgewood Tahoe Resort in Stateline on Feb. 19.