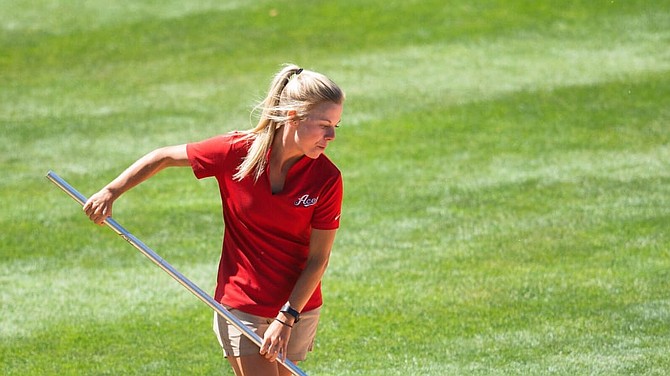 Leah Withrow became the first female head groundskeeper in Minor League Baseball Monday after the Reno Aces promoted her. Withrow is a Gardnerville native and previously served as the team&#039;s assistant groundskeeper.