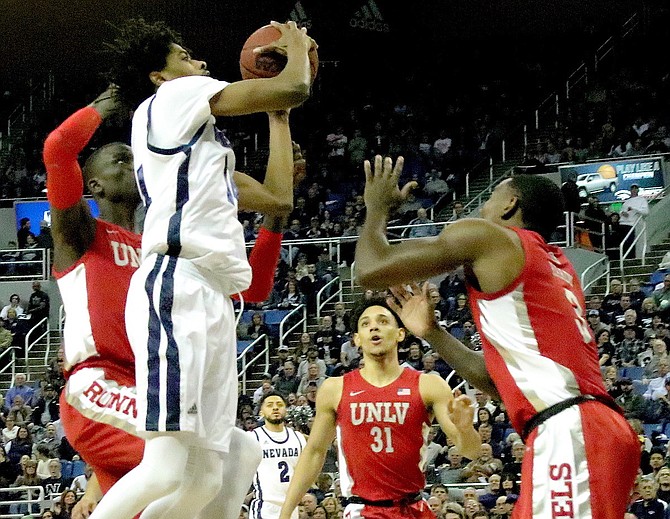 Lindsey Drew (11) takes a jump shot in a sea of red against UNLV last season at Lawlor Events Center. Photo by Steve Ranson.