Maw steps away, Witter takes over helm of Carson volleyball 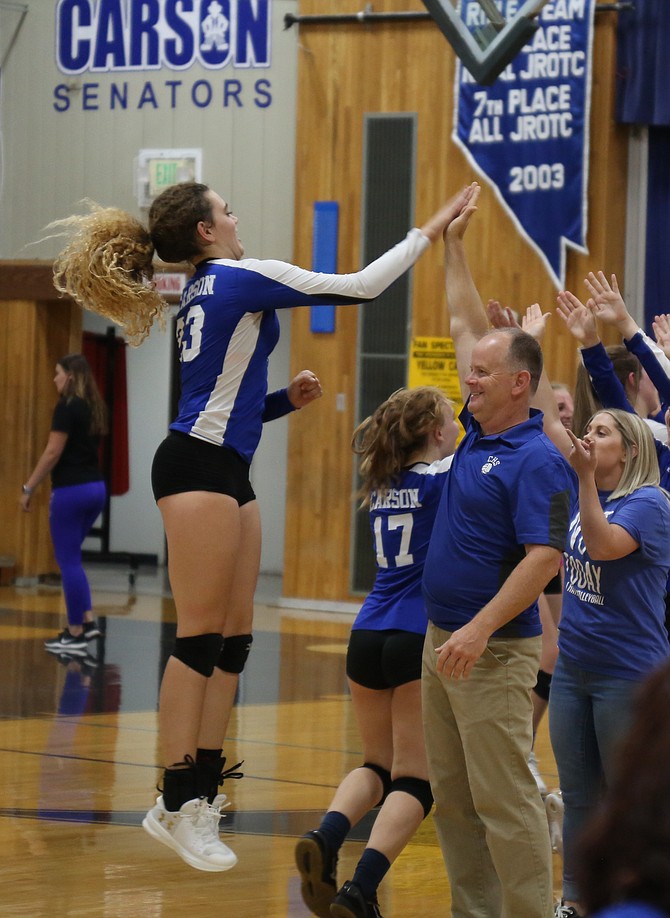 Robert Maw high fives Cami Larkin during a game in the fall of 2019. Maw stepped down as the Senators' volleyball coach this week after being in charge of the program since 2007.
Photo by Carter Eckl.