Crew called out to search for lost hiker near Boundary Peak 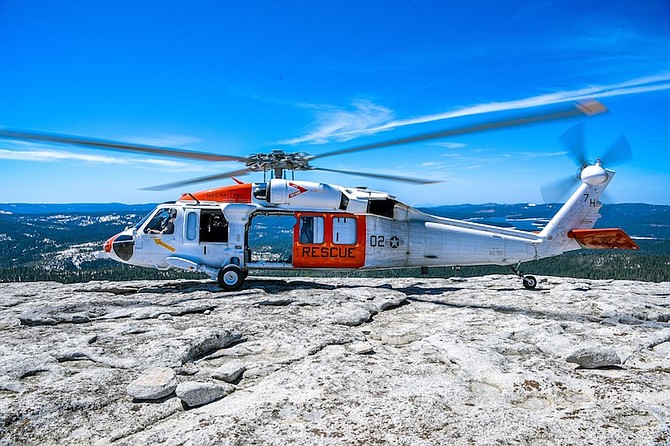 In this Navy file photo, a MH-60S Knighthawk helicopter assigned to the “Longhorns” of Helicopter Search and Rescue (SAR) Squadron, lands during a Last Final Flight (LFF).

Navy investigators will be arriving at Naval Air Station Fallon this week to determine the cause of Friday’s MH-60 Knighthawk helicopter that crashed in the rugged Sierra Nevada south of Boundary Peak.

Zip Upham, public affairs officer for NAS Fallon, said Monday an investigative team will be arriving from the Naval Safety Center at Norfolk, Va. He said the Longhorns search-and-rescue (SAR) helicopter was supporting Mono County, Calif., on Friday to locate a lost hiker in the high-altitude terrain 120 miles south of the air station.

Upham said the crew experienced a hard landing at 11,700-feet above sea level.

“There were no injuries to the crew,” Upham said, although it took a day to rescue the pilot, co-pilot and two crewmen. 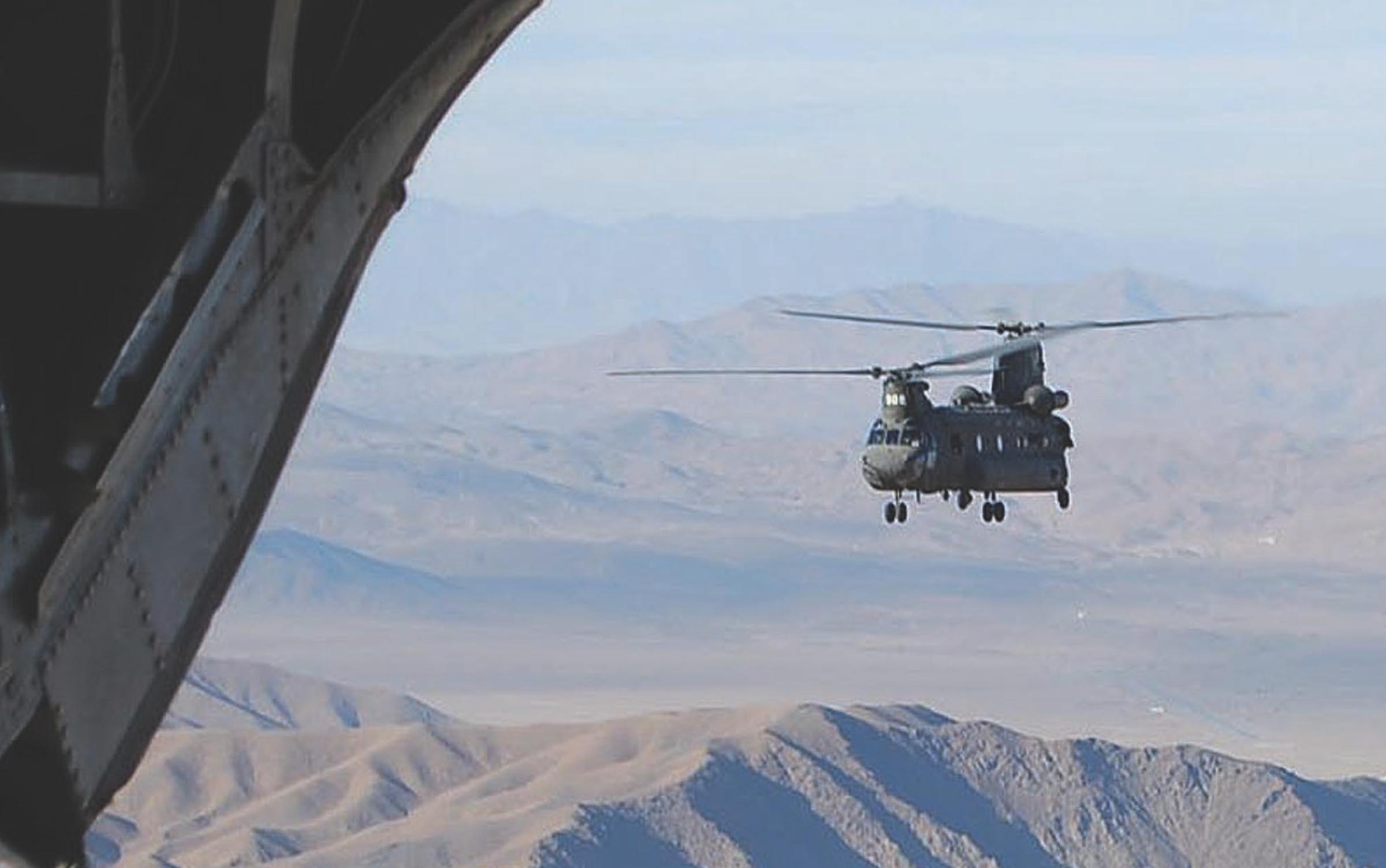 Steve Ranson / LVN file
A Chinook CH-47 similar to this helicopter responded on Saturday to a downed Navy MH-60 Knighthawk helicopter.
Upham said a follow-on helicopter mission left Friday night from NAS Fallon, but the crew was unable to retrieve the members from the first Longhorns’ helicopter.

“An overnight kit was dropped to the survivors who spent the night on the mountain,” Upham said. “On Saturday morning, an additional MH-60, Longhorn 01, launched from NAS Fallon, and it provided on-scene coordination.”

Upham, however, said the second Longhorn couldn’t initiate a rescue because of the elevation. Due to the need for a high-altitude rescue, Upham said a request for military support to assist NAS Fallon was made. He said the California Army National Guard provided a CH-47F Chinook helicopter to aid in the rescue mission.

The tandem-rotor Chinooks, which were used for high-altitude missions in Afghanistan, have been called up for their large-bucket capabilities to drop water on the region’s raging forest fires. The Cal Guard’s Army Aviation Support Facility is located at the former Mather Air Force Base 11 miles southeast of Sacramento. Hill said the CH-47 that responded for the high-altitude rescue is based out of Stockton.

The CH-47 delivered a ground SAR team to the crash site before refueling at Mammoth Lakes. Upham said the Chinook then returned to the scene and landed about 200 yards on a narrow ledge near the Navy helicopter to perform its rescue mission.

“At about 2 p.m., the Longhorn crew was safely recovered aboard the CH-47,” Upham added.
He said Navy investigators will talk to the crew and fly out to the crash site. Following the on-site investigation, the helicopter will be removed from its current position on U.S. Forest Service land.

“The investigation will look at any physical damage to the airframe,” Upham said. “Thank goodness it (helicopter) didn’t roll.”

Because of their lift capabilities, he said a Chinook, a civilian Sky Crane helicopter or another type of helicopter used for high-altitude operations may be used to remove the Navy helicopter from its precarious perch.

“Any photographs from the area will be used for the investigation,” he added.

Upham said any military support for civil mutual aid SAR missions are coordinated by the Air Force Rescue Coordination Center (AFRCC) at Tyndall Air Force Base, Florida.  Pursuant to the National SAR Plan of the United States, he said military aircraft may also be used for civil SAR/MEDEVAC (medical evacuation) needs to the fullest extent practicable on a non-interference basis with primary military duties according to applicable national directives, plans, guidelines and agreements.