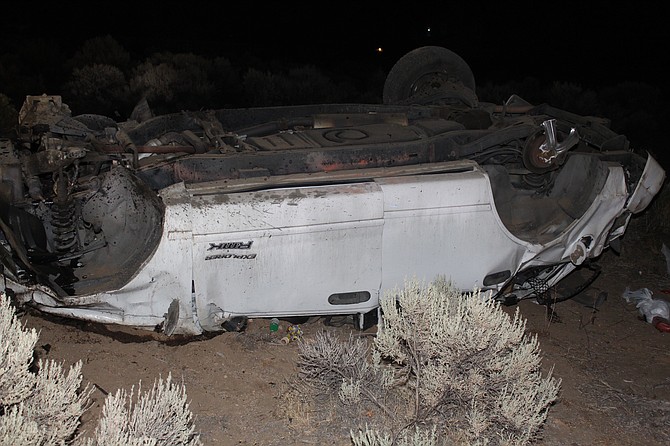 Beau Mathews-Amos died after the Nevada Highway Patrol was called to investigate the crash at 11:31 p.m. The investigation shows the 2005 Ford Explorer Mathews-Amos was driving  left the roadway and overturned.

Apparently, writing more than three sentences to inform the public of what happened is just too dang hard. Below is from Carson Now.

The incident began at around 11:30 p.m. Tuesday when a Carson City Sheriff's Office deputy attempted to speak with the driver who was parked in his vehicle off of Goni Road in the canyon area, said Carson City Undersheriff Jerome Tushbant. When the deputy approached the vehicle, the driver took off at a high rate of speed.

The deputy alerted dispatch of the situation and attempted to locate the vehicle. Shortly thereafter, the deputy located the vehicle, which had rolled and was on its roof on Goni Road south of Fermi Road. The driver was trapped inside.

Carson City Fire Department responded to the scene, which required extrication. A Care Flight air ambulance was ordered and landed nearby. The driver was pronounced dead shortly after midnight.