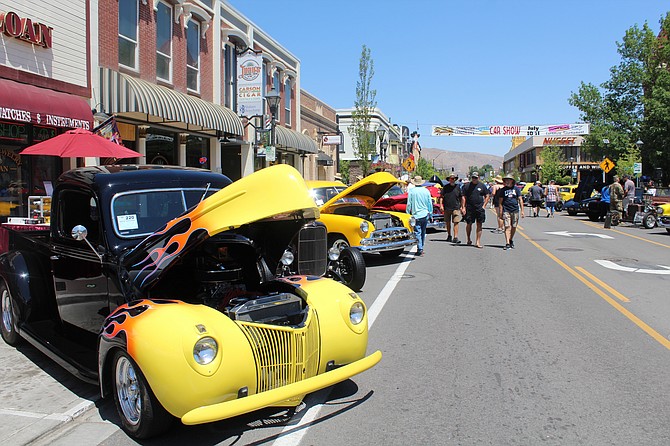 The Downtown Revival Car Show sponsored by the Carson City Esther Chapter #3 Order of the Eastern Star brought many car enthusiasts to the downtown on July 10. (Photo: Ronni Hannaman)