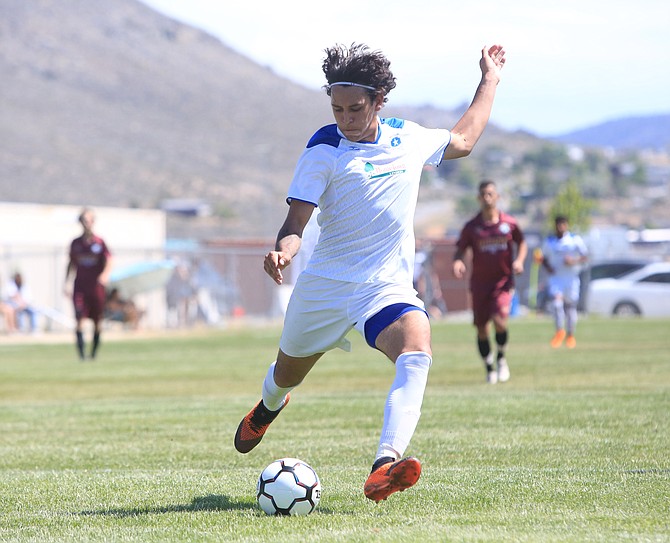 Angel Gonzalez winds up prior to scoring his second goal Saturday for Battle Born FC in the club’s first-ever home contest, conducted on the Carson High practice soccer field. Photo by Carter Eckl.