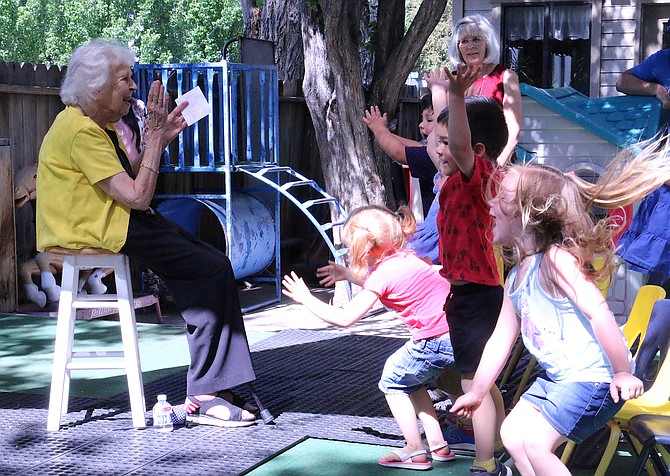 Rosetta McFadden, left, leads a group of children during her final graduation ceremony at Kinderland Thursday while her daughter, Malah McFadden, center, watches. The two owners of Kinderland, which began in Carson City in 1964, are retiring and have called on Caitlin Castaneda to take over the business, who will be reopening the preschool later this summer as Kinderland Cottage. (Photo: Jessica Garcia/Nevada Appeal)