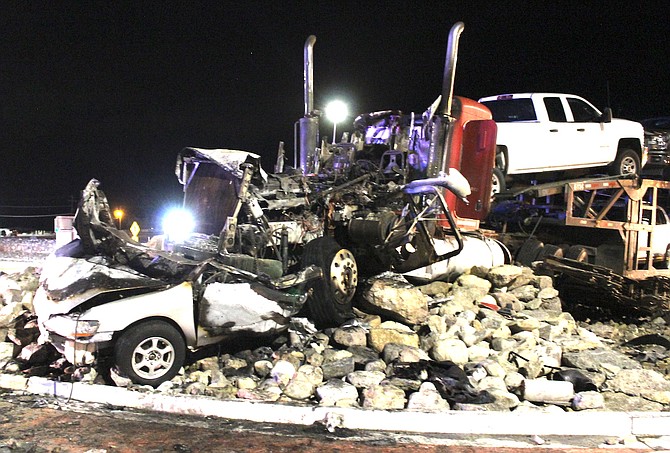 The Nevada Highway Patrol is investigating a crash that occurred late last month in Silver Springs. So far, one driver is unidentified due to extensive burns.