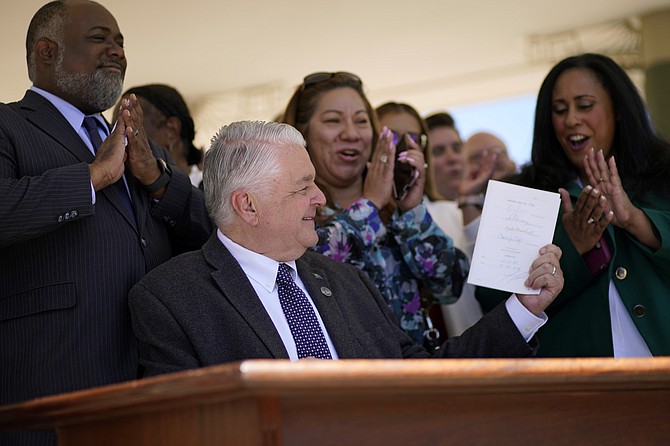 Nevada Democratic Gov. Steve Sisolak holds up a bill newly signed into law Friday, June 11, 2021, in Las Vegas. The law would make Nevada the first to vote on the 2024 presidential primary contests, though national political parties would need to agree to changes in the calendar or state parties could risk losing their delegates at presidential nominating conventions. (AP Photo/John Locher)