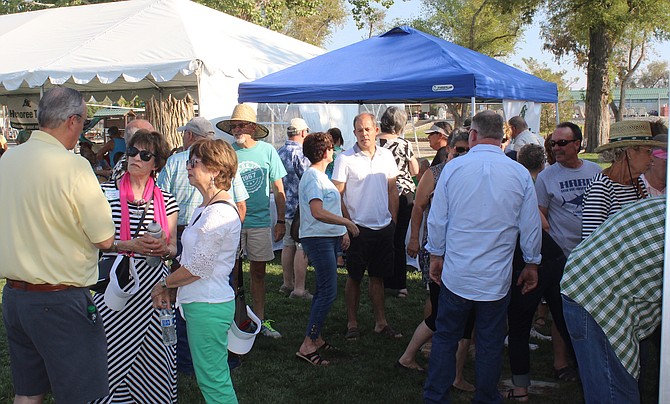 The annual community-wide reunion in August brings former students together with many activities including a concert-in-the-park.
Photo by Steve Ranson.