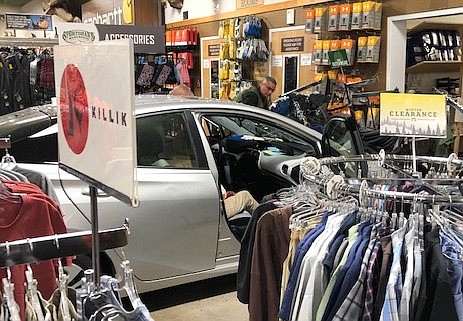 A car drove into the Sportsman&#039;s Warehouse in Carson City on Friday.