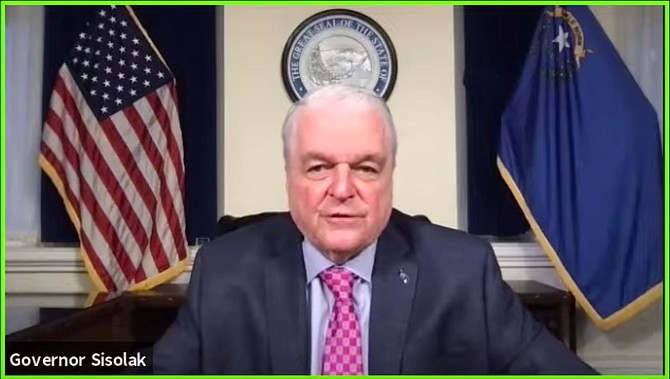 Gov. Steve Sisolak announced the state&#039;s updated vaccine plan during a Monday evening virtual press conference, in which he also extended the statewide &quot;pause&quot; another 30 days.