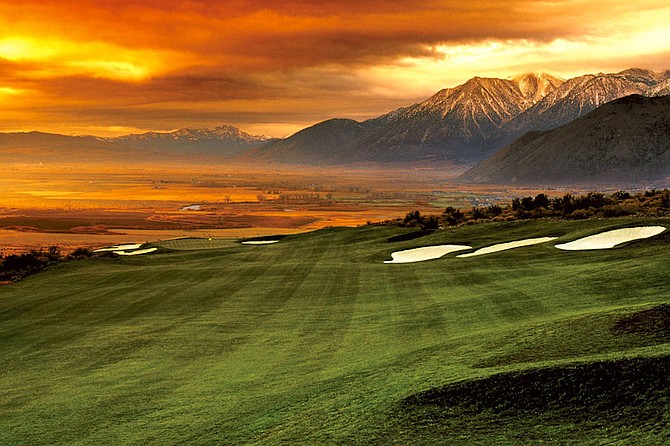 A look at sunset of the 15th hole of the Genoa Lakes Ranch Course.