Sisolak marks one year since COVID-19 1st detected in Nevada 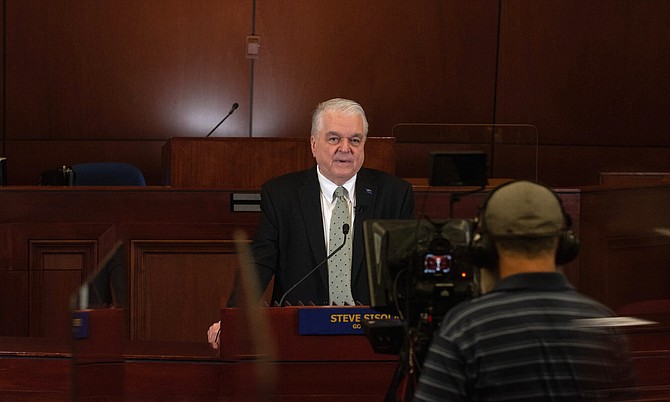 Governor Steve Sisolak records his State of The State address inside the Assembly Chamber at the Nevada Legislature in Carson City on Saturday, Jan. 16, 2021.