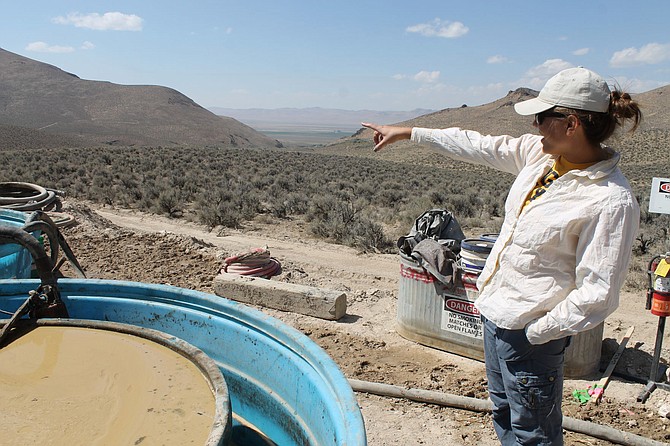 Melissa Boerst, a Lithium Nevada Corp. geologist, points to an area of future exploration from a drill site at the Thacker Pass Project in Humboldt County on Sept. 13, 2018. A new federal lawsuit is challenging the construction of a huge Nevada lithium mine approved in the final days of the Trump administration. It says the U.S. Environmental Protection Agency and state wildlife officials repeatedly warned the plans don’t comply with laws protecting water and wildlife near the Oregon line. (Suzanne Featherston/The Daily Free Press via AP)