Briefs: Carson's Beglin shoots a 68, other area scores from weekend 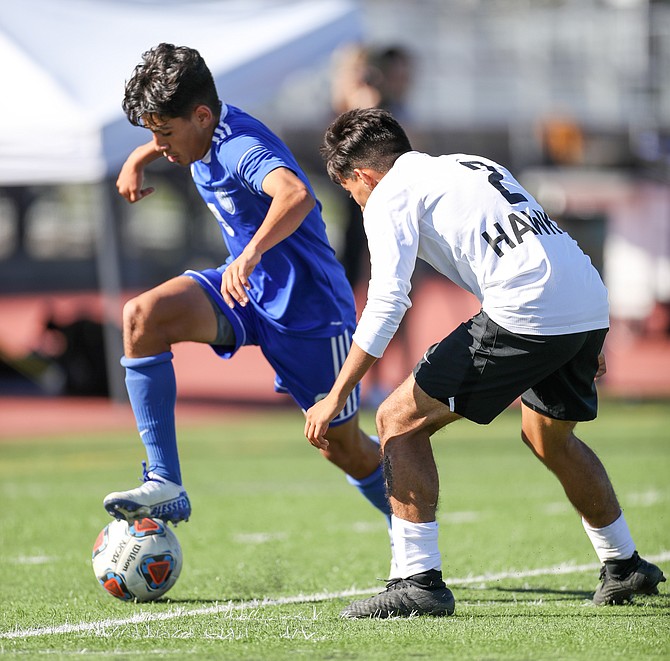 Carson high's Omar Mora works against a hug defender during the 2019 fall season. Mora had a hat trick in the Senators' opening contest of the 2021 spring season against Galena. Jeff Mulvihill, Jr. | InstaImage