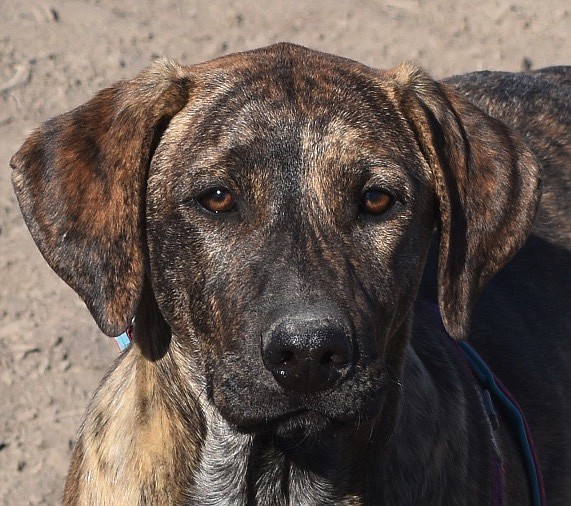 Pepper, an adorable Weimarner/Hound mix, is seven months old. He is very shy and needs a kind person to give him attention. Pepper is patient and tolerant but sometimes needs encouragement, because he will flop down when he does not want to do something. He is learning how to walk on a leash and is looking for a patient partner. Come and meet him: he will spice up your life.