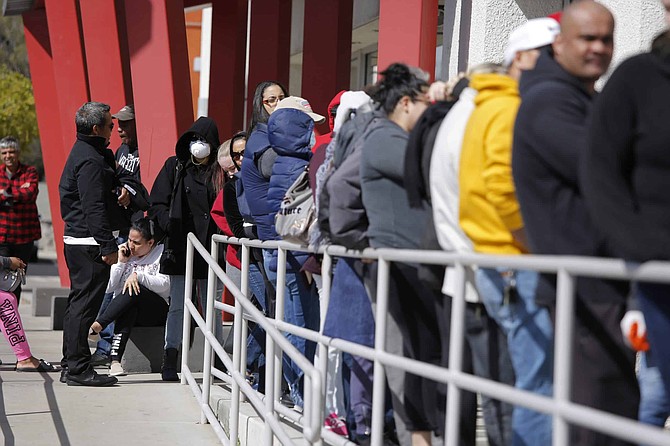 FILE - In this March 17, 2020, file photo, people wait in line for help with unemployment benefits at the One-Stop Career Center in Las Vegas. A Nevada judge says the state unemployment benefits office has to begin paying pandemic relief benefits to out-of-work gig and independent workers who haven&#039;t completely stopped working and were cut off from receiving payments.