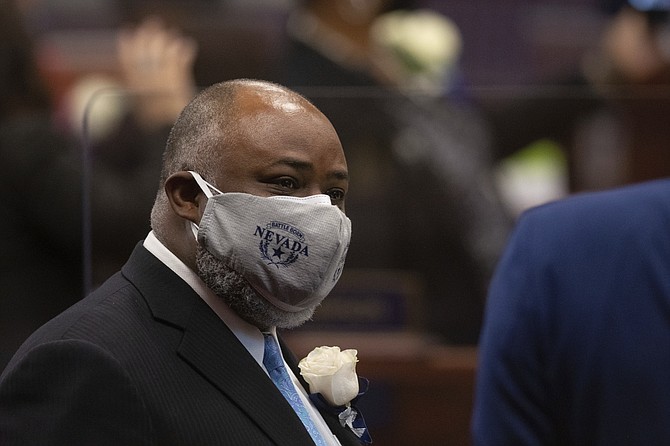 Assembly Speaker Jason Frierson during the first day of the 81st session of the Nevada Legislature in Carson City on Feb. 1. (David Calvert/The Nevada Independent via AP, Pool)