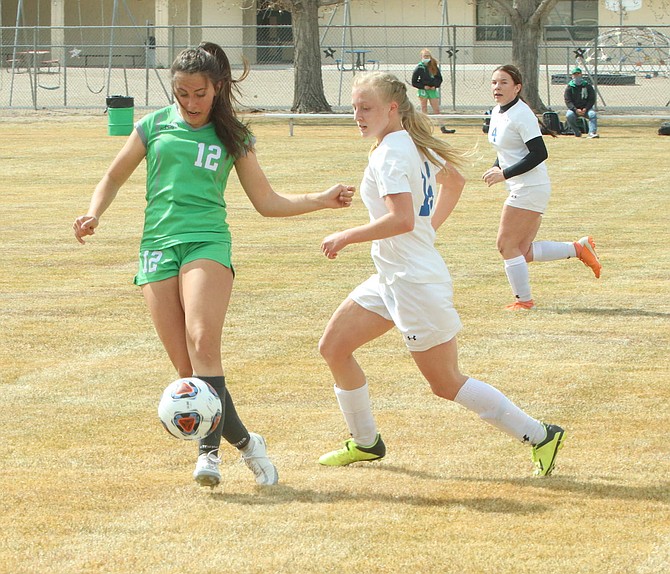 Sydney Gusewelle (12) of Fallon controls the ball against Lowry's MacKenzie Swenson in the Lady Wave’s win on Friday.
Photo by Steve Ranson.